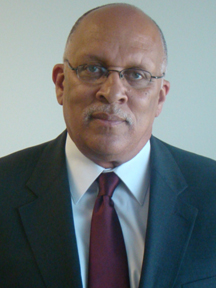 He is the immediate past-president of Tri-State Consortium of Opportunity Programs in Higher Education.  He served as a member of the Southern Regional Education Board Doctoral Scholars Advisory Board and the Southeastern Association of Educational Opportunity Program Personnel national training team on student retention and graduation strategies.  He has also served as a reviewer for the CAS Standards for TRIO and Other Opportunity Programs and a member of the TRIO Clearinghouse which led to the development of the Pell Institute for the Study of Opportunity and Education. His recognitions include New Jersey Association of Student Financial Aid Administrators – Thomas C. Scott Distinguished Service Award (2014)the Proclamation from the New Jersey Assembly Recognizing Service to NJ (2013), and New Jersey Senate Recognizing Service to NJ (2012).